European, World & Olympic medallist Amy Tinkler returns to her native North East to back Made By Sport and Great North Run to improve young lives

European, World & Olympic medallist Amy Tinkler returns to her native North East to back Made By Sport and Great North Run to improve young lives back to News

One of Britain’s most successful ever Olympian gymnasts returned to her native North East this week, as Amy Tinkler visited two community sports clubs in Hartlepool on Thursday for Made By Sport, the charity campaign that champions sport to improve the lives of young people.

The campaign has teamed up with this year’s Great North Run to raise money for grassroots and community sports clubs in the North East and, as part of her visit, Amy joined sessions with the two clubs she was visiting – Hartlepool Mavericks Dodgeball Club and Stott Community Running Club – at the town’s Belle Vue Sports and Community Centre.

Growing up in neighbouring Durham, Amy’s passion for grassroots sports stems from her own experience of what sport can do for young people from all backgrounds. Speaking today with members of both clubs she visited, Amy shared her lessons on how sport teaches important skills and values that benefit young people in a range of different ways – from giving them confidence to improve at school and forming friendships through teamwork and respect. 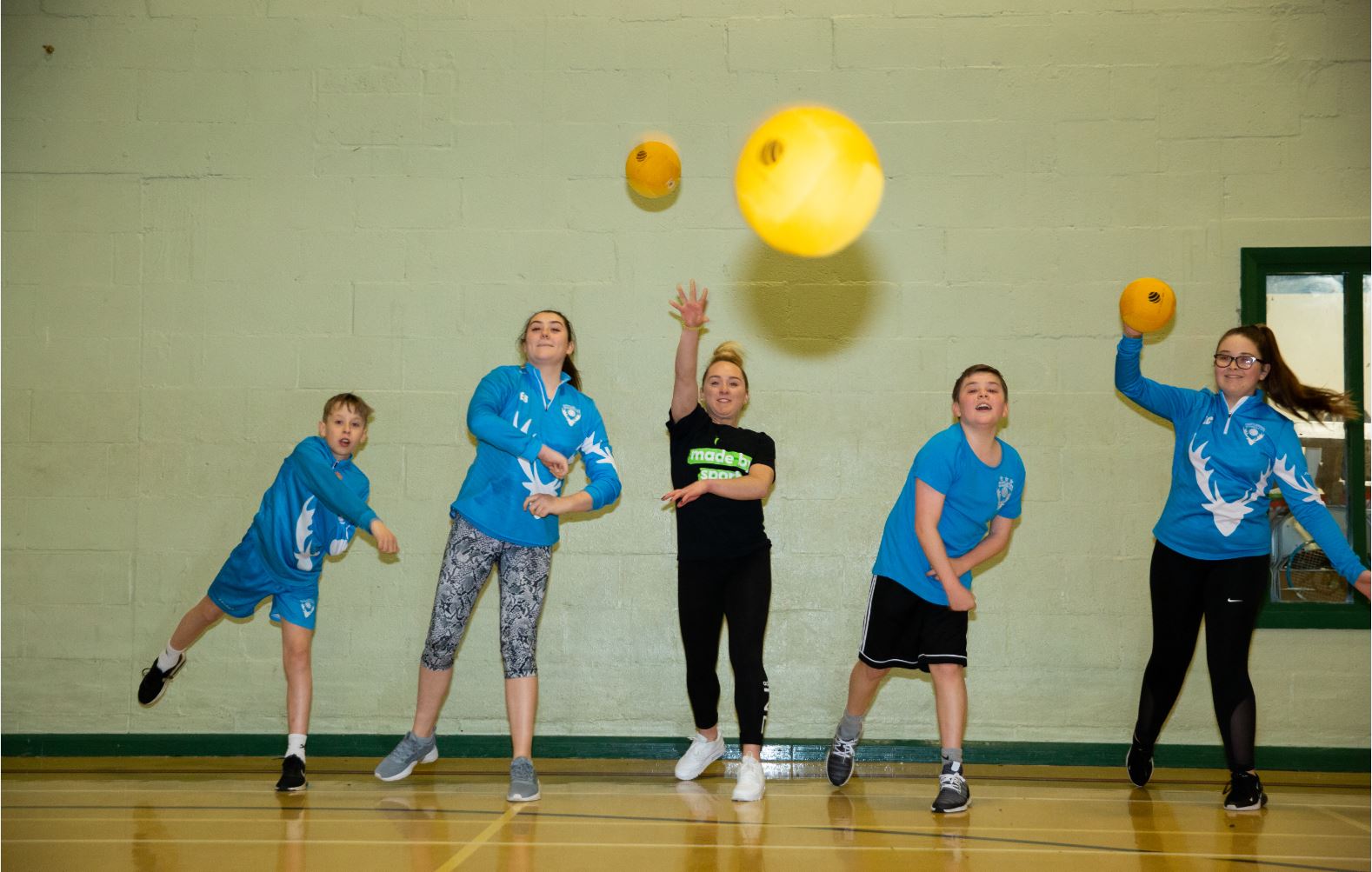 “It’s so important that young people, wherever they’re from and whatever their background, have the opportunity to get into sport and experience all of the benefits it offers. I had that, and sport has done so much for me in my life, so I’m here today to give back and help support those that need it. Being able to do so in the North East – the place that I’m from and I love – is even more special, and I’ve been inspired massively today by the people at Hartlepool Mavericks Dodgeball and Stott Community Running Clubs.

“For people that want to help clubs and grassroots sports to thrive, more support is needed. Made by Sport is an incredible campaign that, through its partnership with the Great North Run, is looking to do just that by raising money to support local sports clubs and organisations just like these, so young people across the North East can gain access to the amazing benefits sport has to offer.”

Tinkler is Britain’s second most successful female gymnast with eight English Titles, 10 British Titles, four Youth Olympic Medals, three European Medals, one World Medal and an Olympic Bronze Medal from Rio 2016. Her new role as an Ambassador with Made By Sport follows her retirement from the sport, which she announced last month.

Made By Sport was launched last summer by Prince Harry, Duke of Sussex along with boxing legends Anthony Joshua and Nicola Adams. The campaign is an official partner for this year’s landmark 40th Great North Run (GNR40) and is also supported by Sport England, which has announced its intention to work with Made By Sport to provide match-funds for this important work in grassroots sport.

Money raised by people running the iconic half-marathon for Made By Sport will go directly to support grassroots and community sports organisations across the North East which work specifically with young people. Up to 350 nominated charity places are now up for grabs for Made By Sport for this year’s Great North Run following the closure of the public ballot earlier this month.

“Funding for grassroots sport is always tough. That’s why running for Made By Sport at this year’s Great North Run is such a great way to support sports clubs and projects like these and help increase the positive impact it has on young people across the region.

“We’re encouraging people who have been successful in the ballot for the Great North Run to run for us, but also those who haven’t been successful to get in touch with our team to find out how you can apply for one of our nominated charity places to run in this year’s race.”

Paul Hewitson, from HartlePower CIC, a local organisation that makes grants to voluntary and community sector groups in Hartlepool and the surrounding area, said of Amy and Made By Sport’s visit, “It cannot be underestimated the value that clubs and organisations like Hartlepool Mavericks Dodgeball and Stott Community Running Club have in their local communities.

“At a time when funding can be harder for groups like these to access, additional support like that from Made By Sport and Amy Tinkler helps raise awareness of grassroots sports and its benefits. By working together to encourage more young people into sport, we know we can all make a difference for young people’s lives here and across the North East.”