This week, in partnership with Tees Valley Community Foundation, we launched a new ambassador initiative with the Future Champions. #FutureChampsRepresent.

Our first 5 athletes involved in the Future Champions will be telling their stories through social media as they continue their journeys in the performance pathways. With Tokyo 2020 on the horizon their could be some really interesting and inspiring news to come, we all have our fingers crossed.

These athletes will share their experiences through posts, photos and videos and give us an insight into how much work goes in to training and competing at the highest levels. 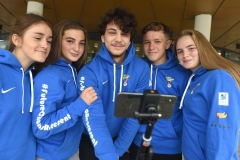 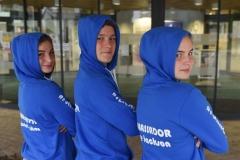 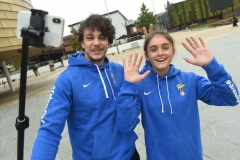 Eve Ovington – Canoe Slalom. Eve’s slalom career is going from strength to strength and she competes in the senior womens categories. In May Eve appeared on Tyne Tees News and is also starred alongside her mum in our Future Champions film.

Eve Jackson – Judo player. Eve has recently recovered from a serious shoulder injury and is back training and competing again. It will be interesting to see how she gets on following the injury.

Rachel Jackson – Judo Player. Rachel has been on a rapid and steep trajectory to senior level competition and is ranked 7th in the senior women under 52kg category.

Joseph Jackson – Judo Player. Joe is the younger brother of the twins (Eve & Rachel) and is following in their footsteps nicely however he is starting to make his own path now and progressing well up the weight categories. He recently competed in his first senior bouts and performed well gaining a bronze. More to come from Joe this year for sure.

Joseph McNeill – Judo player. Joe is Mr Laid Back and nothing seems to phase him, he has also been selected for the Judo Commonwealth Games this September ranking #1 for England.

What do you want to know about performance sport and the preparation, training, ups and downs that go with it?