Future Champions success in the United States back to News

Two of our recent Future Champions are trailblazing in the USA after deciding to study at University in Tennessee and Pennsylvania. 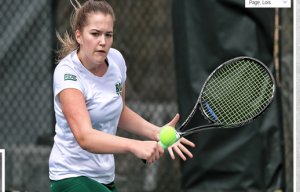 Middle distance runner, Nathan Baker commenced his studies in 2017 and followed in the footsteps of former Future Champion Middlesbrough 800M runner Hannah Segrave. Nathan had a great first year winning the national USA indoor 3000M title. He has continued his fine form into 2019 and recently smashed his PB for the 5000M and will be competing in the national 5000M at the end of May before returning to Middlesbrough for the summer. He plans to compete at the English U23 championships at the end of June in the 5000m and is also hoping to arrange an internship with a local engineering firm over the summer. 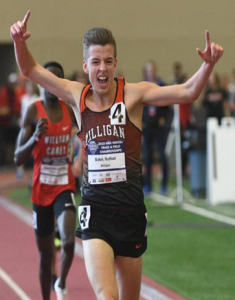 Guisborough tennis player, Lois Page started her studies at Slippery Rock University in Pennsylvania in September and has had a great first year and has been a key player on the University tennis team. She was recently voted western tennis division athlete of the week following a string of impressive performances.

Congratulations to Nathan and Lois and we are looking forward to catching up with them over the summer.