The 2018 Tees Valley School Games programme came to a grand finale with two days of festivals on Wednesday 20st and Thursday 21nd June. 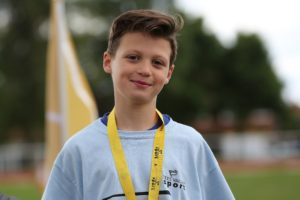 Tees Valley Sport hosted county finals for the School Games. Over 1000 talented children across the 5 districts of the Tees Valley took part in a number of sporting activities at Everyone Actives Middlesbrough Sports Village.

Over the two days competitors, aged 9 to 14 years, participated in this inclusive event. The young people represented their district in the spirit of the games and competed against the best of the best for the right to be crowned Tees Valley Champions.

Competitors did their best in Athletics, Table Tennis, Cycling, Rounders on the Wednesday and on the Thursday; Quadkids Athletics, Volleyball, Panathlon and Cricket all being played as well as a multi-sport carousel in the Active School Zone. These events were supported by young leaders and School Games Crew volunteers who aided the smooth running of the competitions culminating in a great 2018 Games.

As part of the opening ceremony the competitors were reminded of the School Games values which focus on personal excellence through competition. One Athlete from Northfield School, Luca, was given a special award for his sportsmanship during the final of his event. Luca came in last but for good reason. Luca sacrificed his success as he stopped and helped another competitor who was struggling to breathe during the race. Luca defined our values, Honesty Determination, Teamwork, Passion, Respect, Self-belief and Fair Play. 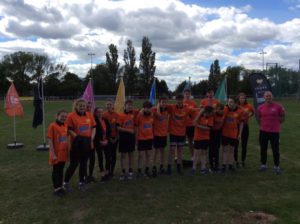 Jean Lordon, Executive Director of Tees Valley Sport said ‘The Games were a great success with a very high standard of competition played in a tremendous spirit by all the young people involved. This event could not take place without the help of the School Games Organisers, the staff at Middlesbrough Sports Village, coaches, team managers, club volunteers and officials. It was fantastic to see so many of our partners working together to deliver such a great competition’.

There were guest appearances from professional athletes and sporting champions Katy Mclean (England Rugby captain and Gold Medallist), Jenna Downing (Inline Skating multi World Champion), and Amy Carr (World Champion Para-athlete and Commonwealth games representative).  They all spoke, motivated and got involved with the children inspiring the young athletes to keep on going and aim for the highest level in their sport.